For the past couple of years, as many of your know, I’ve been battling to find permanent work here in Denmark after I lost my job in 2012. I’ve had some temporary and freelance work since then, and completed a couple of internships, but none of these leads turned into the long term position I needed to secure our home. This has been the first time I’ve really known what unemployment, and the threat of losing everything at any moment, was like.

I reached a point where I lost hope of finding a good company and a job I enjoyed, I just wanted something that took advantage of my technical skills and paid the bills. My Job Center reached a point where they wanted me to take any job, such as bagging bread in the supermarket, or cleaning in hotels when I would be on my feet all day, which is not great when that causes you nerve pain. They didn’t care if I could pay the bills they just wanted my case closed. I wondered if I was finally being thrown on the scrap heap; that I had passed my peak and should be grateful for anything.

At the end of 2013 however I lucked out and managed to get a temporary job as an in-house software developer to cover an employee whilst they were receiving treatment at a hospital. As I was willing to start will little notice, and I happened to know someone at the company, I managed to squeeze my foot in the door. I was told from the start that they wanted to expand their development team and after 6 months it was very likely the job would become permanent. However by the time we reached May 2014 the funds for the position had dried up after two major clients slashed their budgets. So I was back to being unemployed again.

By then I had noticed some of the differences in the Danish job market, compared to Britain, I knew I had to try another tactic if I was going to keep this spell of unemployment short. The answer came to me on the 20th of June 2014 at the Forge 2 conference in Copenhagen when I saw a talk from Laura Jul.

Laura talked about her employment issues: being trapped in a 80 hour work week and her employers dared to ask for even more of her time. She talked about how this routine equated to having no life beyond work and sleep, and the toll it took on her well being. At the end of the talk Laura described how she found her new job, when she posted her story online – detailing what kind of position and company she was looking for, as she had no time to job search. After being flooded with offers Laura found a home at Rise Digital, where they aim for a 30 hour work week to promote a good work-life balance. Laura Jul’s prevailing message though, that has stuck with me ever since, is how important it is to dare to be vulnerable; to put yourself out there and go for what you want. This was shortly followed by an announcement that they needed more web developers at her new company.

In that moment I knew that I had to apply. I spent a week thinking about how I was going to write my own employment story to accompany my application. In the end I wrote about being fired due to sickness, after working 3 years for a company; how I found, once I was better, that my verbal Danish skills proved a huge barrier to work. My Danish lessons had been de-funded part way through a module by the kommune, the after-effects of which caused me to start and stop my lessons with three different schools. I talked about my fears of losing the house, my first impression of being unemployed – and my overwhelming desire to work with everyone at Rise Digital. They were exactly what I was looking for.

I realised right then how badly I needed to tell my story to someone outside my inner circle. I had been holding myself in reserve, in an attempt to avoid showing the parts of myself that might affect my job prospects. It had not occurred to me that this risk is what a company might be looking for. Usually these topics are the kind of things that get your CV tossed in the bin, no matter how good it is. I had been so used to trying to fit the mould all the advisers had been trying to squeeze me into for the past year that I felt I was not free to be myself. When I finally wrote my personal story and sent it to Laura it was an amazing release. I knew then it was necessary to dare to be vulnerable, if for no other reason than to be sane with it all. Within the week I was hired after just one interview.

One of the things I liked about the position was that it helped to round out my resume with more front-end work; as I have specialised in back-end development over the years. Instead of all my hard work being inaccessible without a valid login, it was great to finally develop websites I could show to other people (see: CarlsbergForFan & GreenGo).

I wish I could say that was the end of the story. Until a couple of weeks ago this was roughly where I was going to stop this post, but the truth is that after a couple of months I was unfortunately let go. They needed someone with more front-end skills; however, we did discuss the possibility of some freelance back-end work in the future. When they told me that my permanent contract was going to end I had to face the reality that Hermit Studio was at risk again.

During that emotional roller-coaster ride, and the days following, I reflected on the crossroads that I found myself in, what was and wasn’t working, and two things stood out: the idea of becoming a mentor, and the idea of becoming a full-time freelancer. It felt like it was finally time to risk the transition from permanent to contract work.

It occurred to me that maybe the reason I was having such a hard time was because I had to create the job I was looking for. I had been holding back for fear of not making enough to cover the bills from month to month with irregular freelancing, but since I couldn’t rely on permanent work either right now I had little left to lose.

When I considered becoming a mentor, after watching a video online that brought up the topic, I felt energised and knew intuitively that it was worth exploring. I love to help people, and I have always found ways to express this during my schooling and career. With 15 years experience in web development I liked the idea of sharing it through pair-programming, code reviews, tutoring, and generally guiding other developers online.

In the process of researching on the Internet I came across codementor by accident, and found myself drawn in. It didn’t take long before I felt compelled to apply, daring to take the next step on my journey to find my dream job. Rise had been an important step, and although it did not work out in the way I had hoped, it was as essential a part of the tapestry of my life as any other experience. Now it is time to weave a new path and I am truly excited to see where it leads…

“Success is a journey, not a destination. The doing is often more important than the outcome.” – Arthur Ashe

Do you need a freelance Web Developer, Writer, or Proofreader? Hire me directly: hermits@HermitStudio.com

Want to be the first to know when I’m available? Then join my mailing list for instant updates: http://eepurl.com/2enKD 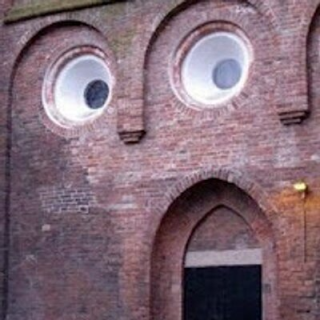